Colorectal cancer (CRC) is one of the most frequently diagnosed cancers worldwide and a leading cause of cancer related deaths. Several factors are related to the incidence of CRC such as unhealthy diet and lifestyle, heredity, metabolic disorders, and genetic factors. Lifestyle is identified as one of the most important risk factors for CRC. Change in lifestyle factors, such as a diet rich in processed foods, animal fat and red meat with a low intake of fiber and fruits, decrease in physical activity and obesity, is associated with changing the gut microbiota composition and increasing the risk of the CRC in developing countries.

It has been established through advanced research studies that the gut microbiota plays a key role in the development of CRC through numerous mechanisms, comprising genotoxin, metabolism and inflammation. The increased gut microbiota release inflammatory agents via the inflammatory pathway and therefore promote the change of normal cells to cancerous cells.

There are studies & researches showing modulation of gut microbiota by probiotics and prebiotics, either alone or in combination, which could positively influence the cross-talk between the immune system and microbiota that would be beneficial in preventing inflammation and development of Colorectal Cancer.

To understand further about the possible mechanism how Prebiotics & Probiotics can help in preventing Colorectal cancer, let us first understand what probiotics & prebiotics are.

Classically, the definition of probiotics is “live microorganisms which, when administered in adequate amounts, confer a health benefit to the host”

Probiotics are also made up of good yeast. The most common type of yeast found in probiotics is:

Prebiotics are non-digestible food ingredients that promote the growth of beneficial microorganisms in the intestines.

They are special plant fibers that help healthy bacteria grow in your gut. This makes your digestive system work better

They are high-fiber foods that act for human microflora. They are used with the intention of improving the balance of these microorganisms.Prebiotics are a source of food for your gut’s healthy bacteria. They’re carbs that your body can’t digest. So they go to your lower digestive tract, where they act like food to help the healthy bacteria grow.

Prebiotics are food items such as whole grains, bananas, greens, onions, garlic, soybeans and artichokes. In addition, prebiotics are added to some foods and available as dietary supplements.

Prebiotics are a source of food for your gut’s healthy bacteria. They’re carbs your body can’t digest.

How do Probiotics & Prebiotics work to reduce the chances of Colorectal cancer?

Probiotics are live bacteria that could exert health beneficial effects upon consumption. In addition to their conventional use as gut modulators, probiotics are investigated for their role to prevent cancer. In-vivo and molecular studies have demonstrated encouraging outcomes, mainly attributed to its antimicrobial effects against carcinogen-producing microorganisms, antimutagenic properties, and alteration of the tumor differentiation processes.

Medical research has identified a few bacterias like Fusobacterium nucleatum and Porphyromonas gingivalis as cancerogenic bacteria. Their overabundance of sequences in tumors versus matched normal control tissue, and their positive association with lymph node metastasis has been observed. All these studies suggest that some microorganisms can represent a novel risk factor for disease progression from adenoma to cancer, possibly affecting patient survival outcomes. Looking at this scenario, it could be strategically relevant to counteract the negative outcomes due to the presence of these microorganisms by using some selective bacteria which have an inhibitory effect against these pathobionts.

Several studies have also suggested that regular consumption of probiotics may improve the quantitative and qualitative profile of the intestinal microbiota, thus reducing the trigger of chronic inflammation and the production of carcinogenic compounds during intestinal dysbiosis.An unbalanced microbial composition can provide favourable conditions for colonic carcinogenesis. It has been reported that a daily consumption of specific probiotic strains can improve human health, restore the microbiota balance and inhibit intestinal colonization by pathogenic microorganisms.

In the intestinal epithelium, the cells form an impermeable barrier and are covered with a mucus layer. This barrier protects the intestinal wall from physical and chemical damage, as well as from pathogens. If pathogenic bacteria penetrate the intestinal epithelium, an inflammatory response is initiated at the site and in the adjacent intestinal mucosa causing damage to this epithelial barrier, increasing CRC risk . It has been found that probiotic consumption can reinforce the epithelial barrier by preventing tight junction protein rearrangement and by increasing the production of defensins and mucus by goblet cells, as well as reducing the leakage of harmful solutes, micro-organisms and antigens

As in case of Prebiotics, the studies done by medical researchers to find their role in digestive health have shown that prebiotic, being indigestible, are associated with improved bowel functions and metabolisms of the distal colon, including a reduced risk of colon cancer.

A prebiotic is a non-digestible food ingredient that beneficially affects the host by selectively stimulating growth, activity, or both of one or a limited number of bacterial species already resident in the colon. To exhibit such effects, a prebiotic must neither be hydrolysed nor absorbed in the upper part of the gastrointestinal tract, and must be selective for one or a limited number of potentially beneficial bacteria such as probiotics that are residing in the colon.

Present studies have suggested that prebiotics also possess protective effects against colon carcinogenesis, mainly attributed to the production of short chain fatty acids upon its fermentation by gut microflora, and alteration of gene-expressions in tumor cells.

Research is ongoing into the relationship of the gut microflora to disease. The health benefits of currently available prebiotics have not been conclusively proved.However, side effects are rare, and most healthy adults can safely add foods that contain prebiotics to their diets.

Looking at the results of such ongoing research in the medical field, it is highly recommended that there is a scope for future studies to consider CRC tumors by focusing on microbiota imbalances in relation to pathways involved in colorectal carcinogenesis. Also performing such studies may be useful to explore further links between pathological features of carcinomas and the type of cytotoxic microbiota associated with them in CRC. Together with this, further development of research techniques are expected to provide important evidence concerning the role of healthy and dysbiotic(imbalanced) gut microbiota in pathogenesis of CRC is clear and perhaps represents new techniques for better therapeutic management of patients with CRC. 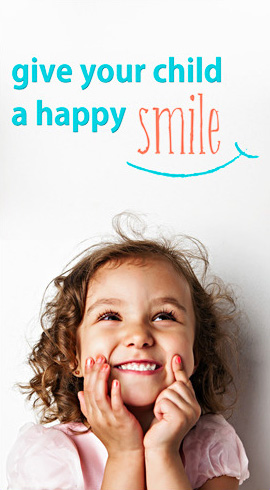